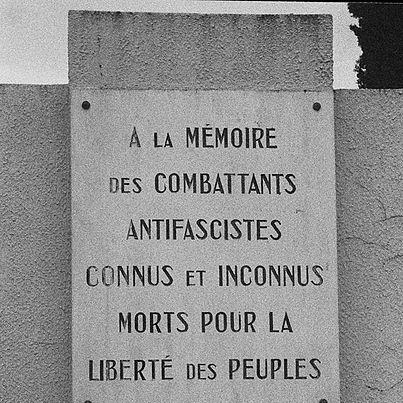 A percentage of the continent’s population had become quite accus­tomed to the thought that they were outcasts. They could be divided into two main categories: people doomed by biological accident of their race and people doomed for their metaphysical creed or rational conviction regarding the best way to organise human welfare. The latter category included the progressive elite of the intelligentsia, the middle classes and the working classes in Central, Southern and Eastern Europe.

Thus wrote Arthur Koestler from his own internment in Le Vernet con­centration camp near Toulouse which was “rehabilitated” by the Daladier government to intern International Brigaders who had crossed into France with the defeated Spanish Republican army after the fall of Catalonia in February 1939. Unlike the beach internment camps, such as Argelès, St Cyprien and Le Barcarès, which were hastily set up to contain the Spanish refugees, Le Vernet, like Gurs and a small number of the other camps across the south-west, was expressly conceived as a punishment or disciplinary camp. So while those refugees in the beach camps suffered appalling condi­tions, especially at the start, through the sheer lack of basic facilities and even shelter, in Le Vernet the inmates were subjected to an explicit prison regime – which of course says much about how the French government viewed the brigaders. More here