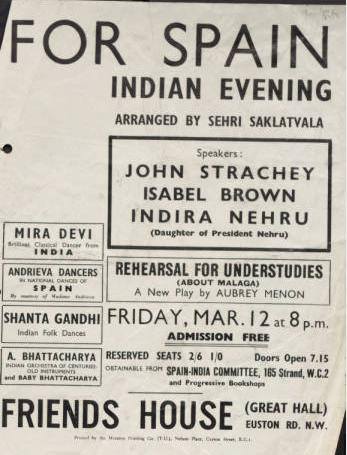 [Indira Gandhi ] would frequently travel by train from Oxford to London and dine with Fcrozc, Krishna Mcnon. and others at Indian restaurants. Indira also became associated with an organization that solicited volunteers for the International Brigade. The Brigade fought on hehalt of the Republicans in the Spanish Civil War. and Indira was clearly entranced by that war, Shanta Gandhi—no relative of Indira or Fcro/c Gandhi, but a schoolmate of Indira’s from their Poona days— recalls that Indira often helped her organize fund-raising events for the London-based Aid Spain Committee. Shania Gandhi would perform Indian classical dances at some of these events. On one occasion, according to her, Indira impulsively offered her dainty meenakari bracelet for an auction. The filigree bracelet fetched fifty pounds, an impressive sum in those davs. Source

Sent to me by Alan Warren

In T.C. Worsley’s “Behind the Battle”, when he was in Barcelona in January 1937, he mentions meeting an Indian journalist he calls “Krishna” who was writing for 50 Indian newspapers. I dont think it is his real name (though he calls Stephen Spender, Spender, but has an American doctor he calls “Rathbone”, who I think is Dr. Barsky from what he is doing). The American journalist Fernsworth asked how he billed all the newspapers for his reporting, to which “Krishna” replied that he was not paid, but was doing it to let people in India know what was happening in Spain. Fernsworth was astounded!

Ambulance donated by the Spain-India Committee to “the courageous Spanish democrats in the name of the people of India and Ceylon.” 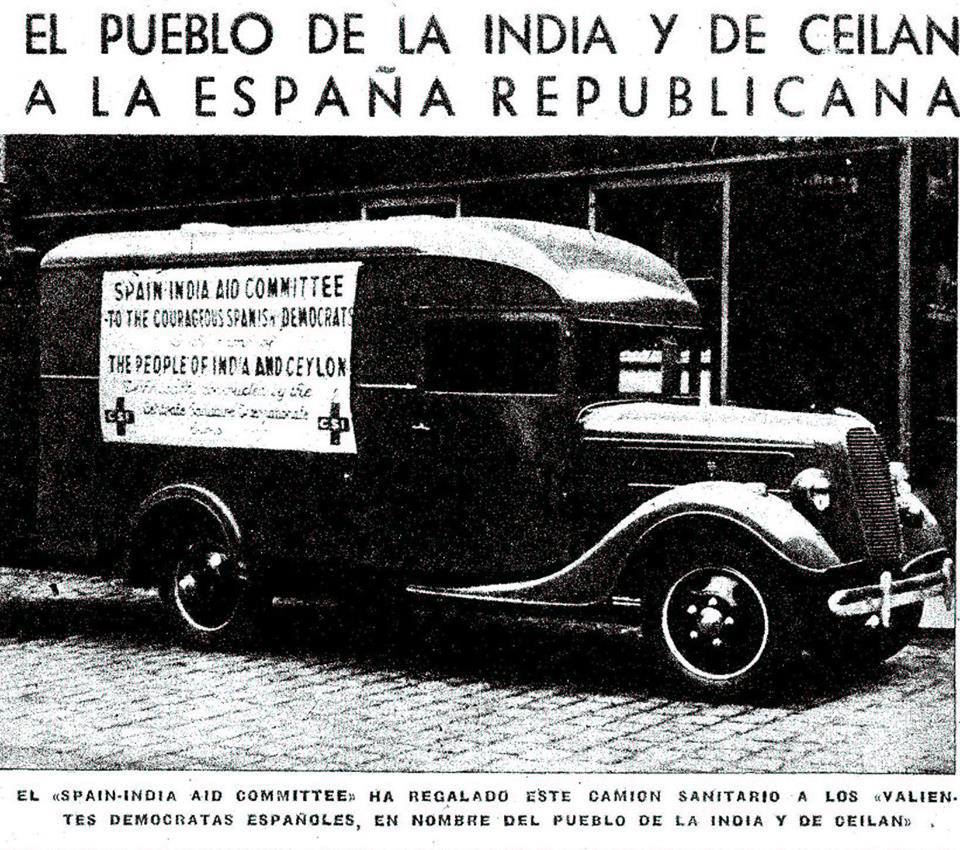